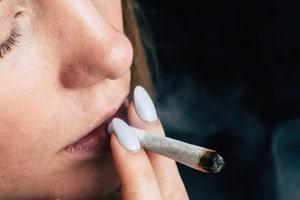 After months of anticipation and preparation, recreational marijuana is now legal in Illinois. It is an exciting time for those who enjoy the use of cannabis, businesses that will profit from its sale, and residents whose previous marijuana possession convictions are being expunged. However, there are still limits to marijuana possession and use, just as with any controlled substance. Some marijuana laws are more restrictive than laws for alcohol and tobacco. If you are unaware of the rules for recreational marijuana, you may be at risk of facing drug-related criminal charges.

Firstly, you must be at least age 21 to possess marijuana in Illinois. There are also limits to the amount of cannabis you can possess:

If you are a visitor to Illinois, those possession limits are cut in half. Possessing more than the legal limit is a criminal offense.

Marijuana use is banned in public places, including parks and restaurants. The safest place to use it is in your home. If you are renting your home, your landlord is allowed to prohibit you from smoking marijuana in your home or from eating marijuana-infused products in public areas on the property. It is also illegal to use cannabis around someone you know is under 21.

It is illegal to transport marijuana in an open container in your vehicle. The marijuana must be sealed in an odor-proof container and in a place that is not readily accessible to the driver.

It is illegal to drive under the influence of marijuana. The difference now is that a police officer must determine whether you are impaired by your marijuana use. Illinois has determined that the legal limit is 5 nanograms of THC per milliliter of your blood. However, there are doubts about whether THC levels show impairment because THC can remain in your bloodstream for weeks after marijuana use.

Keep in mind that recreational marijuana possession is still illegal on a federal level and in Illinois’ neighboring states. You could be charged for transporting marijuana across a state border or possessing it on federal property, including national parks.

Illinois law enforcement and residents are in the midst of an adjustment period as they learn and get used to the new marijuana laws. A Kane County criminal defense attorney at Van Larson Law, P.C., can help you if you run afoul of the marijuana laws or if you are wrongly arrested by a police officer who is mistaken about the laws. To schedule a consultation, call 630-879-9090.