Avoid the Pitfalls of Social Media During Divorce

Posted by Super User Posted on Monday, 25 April 2016 in Divorce 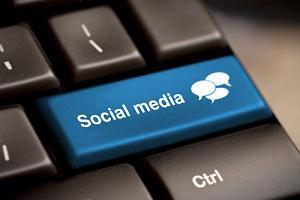 It is no secret that divorce can be messy and complicated. This is all the more true with the proliferation of social media, a virtual world in which no secrets are left secret and no trauma is left private. If you are facing divorce, there are several lifestyle choices that you will have to make—beginning with finances, living arrangements, and parenting schedules. With these crucial and weighty decisions to make, it can seem a fool’s errand to attempt to also control less-important things like social media. And yet if you are going through divorce, understanding how to get your social media assets under control can be one of the most important things you can do.

There are several reasons for this, and they are not all only applicable if you are going through a less-than-amicable divorce process. The first, and most obvious, is that it can be painful to watch your soon-to-be-ex spouse moving on with his or her life. You may be struggling to cope with the emotional and psychological effect of ending your marriage, while he or she may appear to be just fine. It is important to keep in mind that many social media experts remind users that the image you see of someone on Facebook or Twitter is often carefully manipulated and not a true depiction of reality.

What Happens on Social Media...

...does not necessarily stay there. The second reason to consider limiting your social media use is that anything you say on social media can be used against you during the divorce proceedings—something that divorcing couples in the past never had to even consider. If, for example, you have separated from your spouse and each are dating (even if it is an arrangement to which you both have verbally agreed), posting pictures of anyone you are dating can be used against you in court. It could be wise to refrain from posting any pictures of yourself out on the town on public social media accounts during divorce proceedings, as they could be construed as cheating; again, even if the arrangement has been verbally agreed upon.

This is also true in the case of anger online: If you say (or write) something out of anger on the other person’s account, it could, especially in nasty divorces, be construed in a court of law as a threat. This in turn could mean that you run the risk of losing child custody or other familial assets.

If you or someone you know is considering divorce, the most important step is to seek legal counsel. Contact an experienced Batavia, IL family law attorney today to create a plan for dealing with social media concerns along the way.