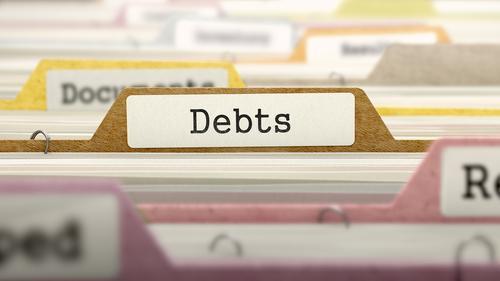 When a couple decides to divorce, it is not only assets that must be divided during the proceedings, but also any marital debt that has accrued. Like with assets, a family court will generally divide debts along equitable lines, meaning that the person who makes more or who has more assets will often be tasked with managing more debt, whether they originally incurred it or not. It may set your mind at ease to better understand the rationales judges use to make such determination, so you can know if you are being unfairly saddled with too much debt.

When discussing marital assets and debts, equity is the watchword - Illinois is an equitable distribution state, as opposed to a community property state, which means that the courts will divide both marital assets and debts according to each spouse’s ability to pay and the income they make. Generally, it is the fairest approach, as it ensures that each debt is assigned to the person who is most likely to pay it.

In terms of actual division, it is important to note that only joint debt is considered marital property, even if it might have been incurred during the time period of the marriage. Examples of this might include mortgages or auto loans. However, a debt incurred by one spouse that benefits both will likely also be considered ‘joint’ debt, even if it is not by the strictest definition of the word. The best example of something like this would be credit card purchases, such as furniture for the marital home - even if one spouse’s name is on the credit card agreement, purchases like this will generally be held to benefit both spouses.

If a Debt Goes Unpaid

The one worry, when marital debts are assigned to one spouse or the other, is that they may either refuse to pay or be unable to do so. If one spouse alleges they are unable to pay the debts they have been assigned, they may petition the court for a redistribution, or in some cases, it may be possible for you and your ex-spouse to work out an informal arrangement. Such a deal will depend on the relationship you enjoy (or do not enjoy).

If one spouse flatly refuses to pay off a debt or declares bankruptcy, you may have an immediate problem because under federal bankruptcy law, creditors are permitted to seek payment from either spouse if their name appears anywhere in the relevant paperwork. A credit card you never used may still be assigned to you to pay off, or you may be forced to pay it off if your spouse declares bankruptcy. Spousal support obligations are nondischargeable, but other marital debts can be, especially those involving auto loans or other long-term encumbrances that may not be in your name.

It is important that you have a clear picture of how asset and debt division works so that you can adequately navigate through the process when you need to. Contact a skilled Kane County divorce attorney for assistance in deciding the best strategies for your divorce and in reaching an equitable settlement for both sides. Call the office of Van A. Larson, P.C. at 630-879-9090 today.