The Basics of Paternity in Illinois 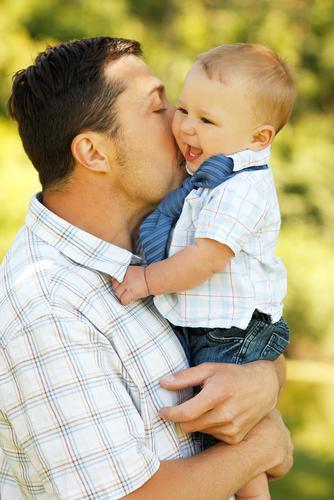 A middle-aged host opens the envelope, reads the results, pauses for effect, and then confidently declares, 'You are NOT the father!' 'The audience cheers or groans; the mother theatrically celebrates or crumples. Although it has become a television clich', most people will never ask a daytime talk-show for DNA testing to verify their relationship to their children. Thousands of children are born to unmarried parents each year, and in most cases, the child's father establishes paternity quite easily.

While genetic testing can prove (or at least provide an overwhelming statistical likelihood) that a particular man is a child's biological father, the test alone does not make the man the legal father. When a child is born to unmarried parents in Illinois, legal paternity can be established in one of three ways:

Able to be completed in the hospital at the time of the baby's birth, the VAP represents the simplest method of establishing paternity. Both parents provide information about themselves and the child, and by signing it, both agree to be responsible for financially supporting the child. If the VAP is signed in the hospital, the father's name is included on the birth certificate; if completed later, the father's name can be added to the birth certificate then.

In an effort to ensure a child is being properly supported financially by both parents, HFS' Child Support Services may elect to become involved in the process. The state of Illinois permits HFS to gather information from the child's mother and alleged father, and may even order genetic testing. If the alleged father is not cooperative, HFS may enter a Paternity Order declaring him the legal father by default. In some situations, State Attorneys or the office of the Attorney General may represent HFS in court proceedings before a judge, who, based on the presented findings, may issue an Order of Paternity.

Beyond providing financial support, establishing paternity can help a child and the father in many ways including:

Many paternity cases are fairly simple, but others may have additional complications, such as a married woman mother who has had a child with a man other than her husband, or a man who signs the VAP then wishes to rescind his acknowledgement. Every situation is as unique as the parents and children involved. If you are trying to establish paternity for your child, or are involved in a paternity case, an experienced Kane County family law attorney can help. Call us today and we can answer your questions regarding paternity and assist you through the process.