Posted by Super User Posted on Saturday, 20 December 2014 in Divorce 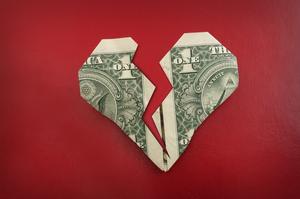 In August of 2014, the Illinois legislature enacted a measure to help standardize orders regarding alimony or, as it is legally known in Illinois, spousal maintenance. Maintenance orders were originally intended to protect a financially dependent partner recover after divorce, but as the average American marriage has evolved, many believe the law lagged behind. Specifically, there has been growing concern that awards were becoming less predictable due to number of variables involved and the wide discretion afforded to judges by the current law.

Set to go into effect on January 1, 2015, the new law amends the existing statute to provide a formula for calculating both the amount of a maintenance award and its expected duration. Prior to the amendments, the court had full discretion and only precedent upon which to determine the specifics of a support order. Taking into account such considerations as income, assets, and needs of the family, as well as health and educational factors, each presiding judge's perspective would be inevitably colored by his or her own experiences and tendencies. Subsequently, the resulting orders reflected the individuality of the court. The amended law hopes to minimize the variation and establish expected baselines for spousal maintenance in Illinois.

To best illustrate the application of the new law, imagine a fictional couple, John and Mary Smith, divorcing after 11 years of marriage. John makes an annual gross income of $85,000 while Mary makes $25,000. Under the current law, the court would examine their situation and come up with an amount and length for the award that it sees as fair. The new law still allows the judge to determine support is, in fact, appropriate, but is much more specific regarding the details.

Current law required the court to try to figure how long the support order should last, with very little in the way of guidance. The amended law provides a sliding scale based on the length of marriage to which a maintenance order is expected to adhere. As the Smiths were married for 11 years, 11 years is multiplied by a value set in the statute, or 0.60, to reach a duration result of 6.6 years or just over 79 months. The law established the scale such that shorter marriages carried shorter maintenance and longer marriages carried longer or even permanent awards.

Courts may decide, under the amended law, to deviate from the prescribed formula if it deems necessary based on the circumstances of the case. This allows unusual or changing situations to be addressed with relative ease. However, the law requires the court to make the mandated calculations and enter as a finding the specific justifications for not adhering to them.

If you are considering divorce, you need to know how the changes to spousal maintenance could affect your financial well-being. Contact an experienced Kane County family law attorney today. Our attorneys understand the laws and can help you best protect your future.